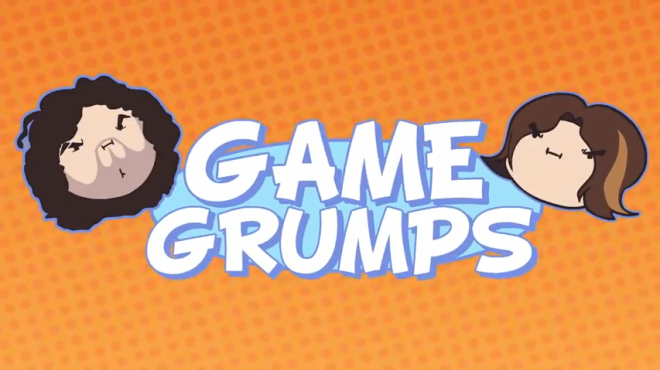 I implore you to watch the episode of the YouTube show Game Grumps in question before reading this article. It’s about 16 minutes long, and even if you hate YouTube shows and the culture surrounding them, trust me when I say this episode is nothing like what you’d expect from a “Let’s Play” channel.

Friendship. It’s the third most powerful relationship between living things after family and love. It is also my favorite thing about Game Grumps, a tri-daily video series on YouTube where two hosts play video games and shoot the shit. Traditionally, this format appeals to adolescent teens coming home after school to watch their crazy Internet shows filled with memes and people screaming into cameras. However, Game Grumps one-ups its contemporaries by not only putting real discussion over the games in question, but by consistently feeling like a window into the hosts’ personal lives.

In November, the Game Grumps, animator Arin “Egoraptor” Hanson and Daniel Avidan began a series on the HD remake of The Legend of Zelda: The Wind Waker. Having never played the game after hearing so many good things, I was excited to watch along with this playthrough. Episode 19 specifically, entitled “Fresh Air”, exemplifies exactly what I find so captivating about the show.

Arin begins the episode with a typical recurring joke, replacing the “game” in the show’s title with something off the top of his head (in this case, “Psychology Grumps”.) In-game, he controls Link in the Forbidden Forest, immediately impeding his own progress by dropping an essential platform out of reach. As he fixes his mistake, co-host Dan jumps in to thank the viewers for sending them emails about how the show helps them deal with depression. Right off the bat, this is something I love about Game Grumps. You feel like you’re watching with a community of diverse, unique people. Dan then opens up about his own personal story, which dictates the tone of the rest of the episode. Essentially, after becoming very ill in his late teens, he developed early stages of depression and anxiety. This leads to both him and Arin discussing topics like OCD and how it affects creativity and relationships, loneliness, and finding comfort online. This loops back to why I love this episode, which is that it makes you feel like you’re part of something immense. Dan was relieved to realize that OCD is a treatable disease, and the viewers are taking comfort in the fact that someone else can share  their most personal issues. Few things make people feel happier than a sense of togetherness and validation.

From there, Dan offers advice to the viewer while Arin guides Link over muddy forest water. Halfway through the episode comes the kicker, where Dan describes how he threw his Prozac medication into a river, and learned to solve his own problems internally. It’s practically a Lifetime movie ending, but it clearly comes from such a place of honesty that it doesn’t feel false or exaggerated whatsoever. Arin thanks Dan for sharing in such a public forum, to which Dan responds that he’s “just returning the favor”. Once again, from someone else, these words would sound so cheesy and useless, but Dan seems to be a mature enough person to just open up to people. This is where Game Grumps separates itself from the target demographic and its less thoughtful contemporaries; not once did I mention in this recap what happens in-game in detail. When two close friends sit on a couch and open up to each other over games, what’s on the screen doesn’t matter. It’s the emotions, confessions, jokes, and observations that make those moments memorable.

The hosts spend the rest of the episode espousing inspirational quotations from literature, separating this episode yet again from other Let’s Play shows. And like any great bit of pop culture, this episode opens up the possibility for so much more exploration of the topics discussed. Dan and Arin recommend books and videos for people to watch related to self-actualization and creativity, all of which educate the viewers in ways that one video can not. At the end of the day, Game Grumps does still fall under the category of “YouTube shows aimed at a young demographic.” But this made it all the more exciting to see an episode like “Fresh Air” pop up in my subscriptions feed, knowing that thousands of young people are taking these lessons into the real world and improving their own lives. That’s Game Grumps in a nutshell. It’s occasionally crass, the games aren’t always good, and the discussion isn’t always entertaining, but like with real life conversations with the ones you love, it’s the important moments and episodes that stick with you when the video ends.